Return to the Arc Islands for The Last Stand! Lume activity has increased exponentially and you and your fellow Core Guardians find yourselves more outnumbered than ever. Even out the odds by Utilizing the new Orbital Strike Relay tower and smash down a lazer from the sky into their FACE! Defend the Core on four new maps, one of them being a remake of the classic old Arc map. To help you face the new enemies in The Last Stand, the Bright Foundation has placed the most powerful weapon you've seen so far on three of the four new maps - The Rolfinator Defensive Turret, a turret that you can actually jump inside yourself and control to obliterate the enemies from afar. Of course, you'll have other new weapons as well, such as the high-tech Smatterband, an industrial weapon that fires sticky bombs that erupt into 10 smaller explosions each, and you'll get to unlock 8 new perks! 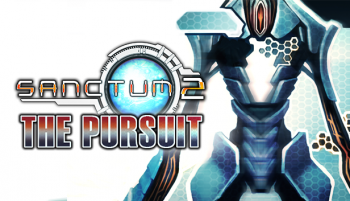 Pursue the Titan through the outskirts of Elysion One! This expansion adds even more replayability through four completely new maps! Use two new towers, including the Mind-Control Spire that takes control of enemies and lets them fight for you! Unlock new devastating weapons, such as the Drone Launcher, that launches target-seeking drones that home in on enemies and shoot lazors at them. They'll be all like "NOO NOT THE BEEES!" Of course, there are going to be new enemies as well, such as the Heavy Pup that's far more aggressive than it's older equivalent, and the flying Bliskeblaske, which you'll just have to see for yourself. Finally, you'll be getting seven new unlockable perks as well - for example, the Reinforcements perk has a chance to spawn Explorers with shields every time you kill an enemy! 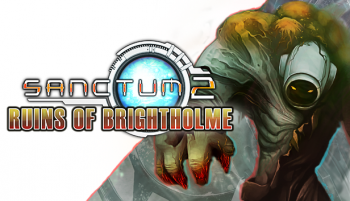 Explore the dark depths of the Slums of Brightholme! This expansion adds four new maps that will once again brutally challenge your maze building abilities! Play with the new unlockable towers such as the crazy random Makeshift Cannon, or saw your foes up into pieces with the very first melee weapon in Sanctum 2 – the Circle Saw! Of course you’ll see new enemies as well, such as the Infected Explorer, a hybrid between a human and a Walker. And finally, there will be seven new unlockable perks, including the Thor Module, that causes towers to emit shockwaves whenever they kill an enemy. 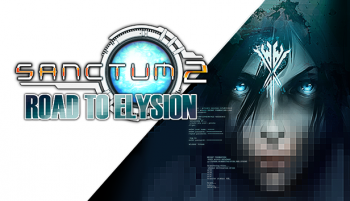 Play as the mysterious new character TSYGAN, a rogue insurgent that joins the Core Guardians in defending the only enclave of humanity left on the planet LOEK III. Road to Elysion features a new area to explore with four new maps, new unlockable towers, weapons and perks!